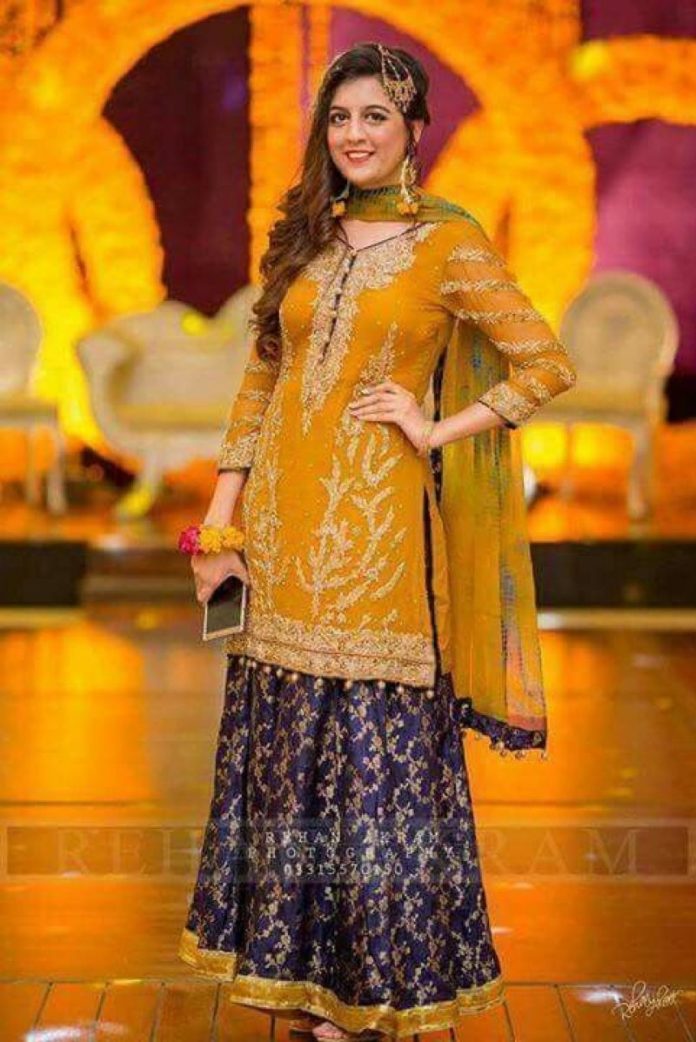 What is Mehndi Event/ Function?

Mehndi also known as henna is a function that is considered as a part of wedding. This event originated from Indian culture and traditions and spread across south Asia and middle east. This event is like a pre-wedding celebration with some typical set of customs. 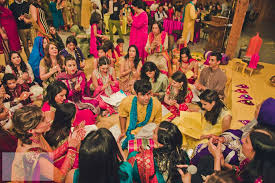 Many years back, mehndi function was celebrated by staining the bride with red or orange mehndi. It was put on her hands (back and palm) and on her feet.

All the close friends and family used to gather and enjoy the function. They used to decorate the house with yellow and green dupattas and marigold flowers. 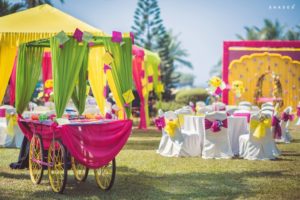 This event was usually celebrated in bride’s house. But now people celebrate it in different ways. Wedding halls or open lounges are now used to organize the event.

Dress is the most important thing to be decided for an event. Whether it’s a birthday party, kitty party or a wedding, dress should be made according to the event. 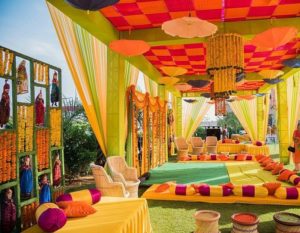 Mehndi function is a colorful occasion and matching and contrasting of colors is the major part of it. Yellow, green and orange are the typical colors of mehndi dresses. 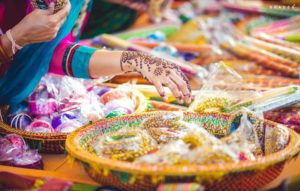 Whether it’s a bridal’s mehndi dress or bride mates dress, people usually go for these colors.

Different and revolutionary ideas for the mehndi dresses are continuously making progress.

How to choose mehndi dresses

Mehndi function is all about dancing, singing and applying henna. So, the mehndi dresses should be according to it. 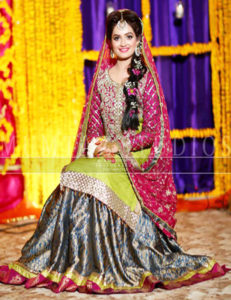 First and the major thing for the mehndi dress is that “do not wear black color”.

Second thing is trying to wear half sleeves dress as your hands covered with beautiful henna should be exposed.

Your dress should contain at least 3 to 4 funky colors.

Fancy lases, tassels and embroidery make your outfit perfect for the function.

Double shirt with mehndi dresses sharara having tassels and embroidery work on upper shirt is such a fascinating trend nowadays.

In Mehndi dresses Pakistani, sharara is on top of the list.

The design that is done on the sharara is the same that is present on the dupatta with the corners filled with laces. 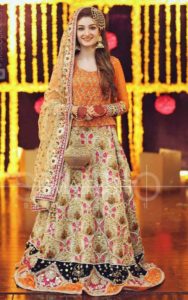 Long fancy frocks with the basic mehndi dress designs is the most alluring outfit. There is a wide variety of long frocks in markets.

Although it’s an old fashion, it is still in trend. Angrakha frocks with beautiful tassels and bright colors is also a good option for mehndi event. 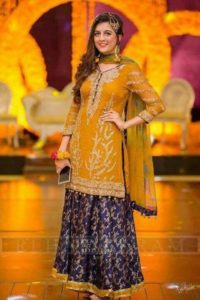 Then comes sari and lehnga that also originated from Indian mehndi dresses.

Mehndi dresses Pakistani women wear are quite similar to those of mehndi dress designs of India. 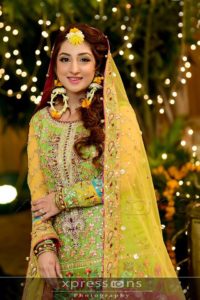 Lehnga choli for Mehndi is one of them. It makes you look wonderful especially during the dance.

Lehnga can be worn either with a long shirt or a short one, contrasting hues will make it fabulous.

Look Hot on Eid With These Makeup Tips 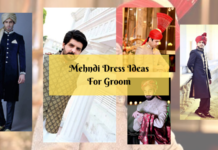 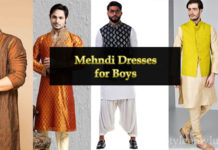